Say What You Want

Are you searching for more than an intellectual approach to your Christian faith?

Are you searching for more than an intellectual approach to your Christian faith?

Have you ever felt like all you know about the Bible and Scripture is absorbed into your head but not affecting your heart? I have been there. This is my journey.

Beyond Head Knowledge: Knowing Christ who Satisfies Our Hearts  by Naomi Fata, is now available for pre-order through amazon.com and Barnes and Noble .

Like Loading...
Posted in Christian, God, religion | Tagged Are you searching for more than an intellectual approach to your Christian faith?, Beyond Head Knowledge: Knowing Christ who Satisfies Our Hearts, Christian, faith, religion, spirituality | Leave a comment

A painting on canvas, signed and professionally framed. 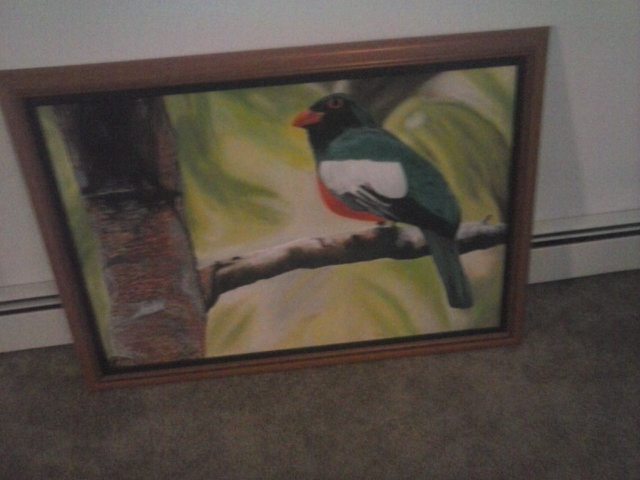 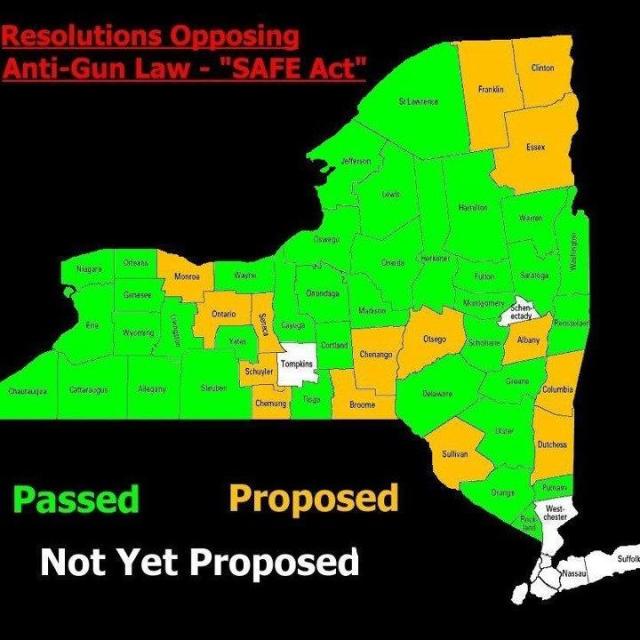 Cuomo, can you hear us yet?? This is the most updated list.

Spread this far and wide. FREEDOM!

Gun-Rights Advocates Rally in Albany Jan 19 2013 Demonstrators outside the Capitol in Albany on Saturday denounced recent legislation that gave New York some of the nation’s toughest restrictions on assault weapons and magazines. The rally was one of many held across the country by gun-rights advocates.

“This is an outrage against humanity, what we’re seeing,” said protester Robert Candea, of Warwick, who brought his family along.

New York’s law, enacted with little public debate, expanded the state’s assault-weapon ban and instituted background checks for buying ammunition. It passed with broad support in the legislature, but some lawmakers who opposed it vowed at Saturday’s rally that they would keep fighting.
“This battle is not over. It has just begun,” Republican Assemblyman Steven McLaughlin said.

“This was abuse of power by a man who wanted to be president but now never will,” he said of Cuomo.

Protester Sirell Fiel of Cambridge, who draped himself in an American flag for the rally, said he had owned guns for many years and hoped to attend more protests in the coming weeks. “I’m not going to stop until changes are made.”

Gun owners, however, said they are being unfairly targeted by the new law and were dismayed by the quick passage of it by lawmakers. The bill was adopted hours after it was printed.

“If they want to do something, then give it the people. If they want to do a referendum on casinos, why don’t they do one on gun control?” said Paul Jameson, 54, Saugerties, Ulster County. “This is absolutely crazy the way the governor has done this. It borders on illegal, and it takes away our rights.”

Other accused the Democratic governor of pushing for the law so he could build his national profile. He is considered a potential presidential candidate in 2016.

“We elected them to serve us. They are serving themselves,” said Eli Noseworthy, 69, of Long Island. “The governor is concerning himself with his aspirations to run for president, and that’s not right.”

The National Rifle Association has protested the new law, and lawsuits are expected against the state.

The rally was part of a national effort Saturday called Guns Across America and included rallies at state capitals to protest new laws and legislation.

“I don’t feel like I’m a criminal. In order to keep order, we need good guys with guns,” said Heather Johnson, 36, of Kirkville, Onondaga County.

Cuomo on Saturday said the law would save lives. A Siena College poll Thursday showed wide support for the governor and the gun-control measures.

The law puts a tighter ban on assault weapons and lowers the number of bullets allowed in a magazine from 10 to seven. It adds more stringent regulations on gun permitting and expands background checks for pistol sales.

At the New York state Capitol in Albany,
Thousands turned out for a chilly rally, where they chanted “We the People,” ”USA,” and “Freedom.” Many carried American flags and “Don’t Tread On Me” banners. The event took place four days after Democratic Gov. Andrew Cuomo signed the nation’s toughest assault weapon and magazine restrictions.

With emotions running high in the aftermath of the Newtown Sandy Hook shooting, politicians on the State and Federal level have begun introducing legislative actions to curtail access to firearms protected by the Second Amendment. In Missouri, parents may soon be forced to register firearms with their child’s school under threat of criminal penalties. In Massachusetts, another proposal would require storage of semi-automatic rifles at government approved storage depots. And, in the State of New York, congressional representatives have already passed legislation that requires registration of every semi-automatic rifle and reduces maximum magazine capacity to 7 rounds of ammunition, and Governor Cuomo has floated the idea of gun confiscation.

Now, in what is sure to be a growing trend across the entire country, New York gun owners are organizing a resistance against what many believe to be the most, “brazen infringement on the right to keep and bear arms anywhere in the nation,” according to The New American:

Preparations are already being made for mass resistance.

“I’ve heard from hundreds of people that they’re prepared to defy the law, and that number will be magnified by the thousands, by the tens of thousands, when the registration deadline comes,’’ said President Brian Olesen with American Shooters Supply, among the biggest gun dealers in the state, in an interview with the New York Post.

Even government officials admit that forcing New Yorkers to register their guns will be a tough sell, and they are apparently aware that massive non-compliance will be the order of the day. “Many of these assault-rifle owners aren’t going to register; we realize that,’’ a source in the Cuomo administration told the Post, adding that officials expect “widespread violations” of the new statute.

Threats of imprisoning gun owners for up to a year and confiscating their weapons are already being issued by governor’s office, headed by a rabid anti-Second Amendment extremist who suggested before the bill passed that “confiscation” of all semi-automatic rifles was being considered. If tens or even hundreds of thousands of otherwise law-abiding citizens refuse to comply, however, analysts say New York would either have to start raising taxes and building a lot more prisons, or give up on the scheme that experts say will do nothing to reduce violence and that lawmakers say is aimed at eventual confiscation.

Activists involved in the state-wide boycott against the unconstitutional statute who spoke to the Post almost taunted authorities, saying gun owners would essentially dare authorities to “come and take it away.”

According to the paper, leaders of some of the state’s hundreds of gun clubs, dealers, and non-profit organizations, citing the New York Constitution’s guarantee that gun rights “cannot be infringed,” are currently involved in organizing the resistance. Among the primary concerns is that, with registration, authorities would know where to go for confiscation, an idea already proposed openly by Governor Cuomo himself.

“They’re saying, ‘F— the governor! F— Cuomo! We’re not going to register our guns,’ and I think they’re serious. People are not going to do it. People are going to resist,” explained State Rifle and Pistol Association President Tom King, who also serves on the National Rifle Association board of directors. “They’re taking one of our guaranteed civil rights, and they’re taking it away.”

Opponents of the right to bear arms, take heed. The American people know what you’re up to and they will not stand for it.

The resistance has begun.

This was received in an email .

I am forwarding to you an email I just sent to our legislators. Please contact your legislators and attend the meeting on Feb 5 at the Law Enforcement Center at 5:30. You will find the specifics of the meeting, the Democrats proposed resolution, and contact info for your legislators on the links toward the end of this email. Please forward this to others including gun clubs and other groups and try to get others to attend. I’ll see you there. Gaetana Ciarlante

Dear Dean, Bob and Mary.
I first heard about this resolution on Saturday when I attended a
meeting with Terry. This is urgent!!! The democrats have drafted a
resolution ” Requesting The United States Congress Implement Federal
Laws That Will Protect The Health, Safety and Welfare Of The Public
>From Death And Injury, Due To The Intentional Or Unintentional Misuse
Of Firearms.”

I am asking that you as our legislators from the Town of Saugerties
strongly oppose such a resolution. Additionally I am asking that you
draft another resolution declaring non-enforcement of these
unconstitutional and destructive and politically opportunistic laws
from both Governor Cuomo and from Washington, DC. Many lawmakers and
executives and Sheriffs throughout America are now going on record as
refusing to enforce these laws. See link below for Oathkeepers but
there are many more in addition to Oathkeepers’ members.

http://oathkeepers.org/oath/
Also, please recognize that there are countries such as Switzerland
who successfully apply other practices to reduce violence. In
Switzerland each household is expected to be armed. While many
countries have been over-run, Switzerland survives and remains strong
and independent.
Please support the American people by opposing and taking whatever
action appropriate to rescind thse laws.
Thank you.
Gaetana Ciarlante

THE PUBLIC HEARING FOR THE COMPREHENSIVE PLAN FOR SAUGERTIES WILL BE THIS THURSDAY, NOV.15 AT 7PM AT THE SAUGERTIES LIBRARY. THIS IS URGENT IN THAT THESE PLANS WILL LAY THE GROUND WORK FOR CONGLOMERATE HOUSING, OPEN SPACE AND USE OF YOU OWN PRIVATE PROPERTY AND EVEN PERSONAL POSSESSIONS.

PLEASE NOTE IT IS AT THE LIBRARY ON WASHINGTON AVE.
TELL YOU NEIGHBORS.

This is on official White House site. 25,000 signatures are needed by 12/10/2012 in order to get a response. There are a total of 20 states presenting petitions with each one requiring 25,ooo signatures for a response. Goal depends on the day the petition was filed. If nothing else these petitions will draw attention and send a message.

we petition the obama administration to:

Peacefully grant the State of New York to withdraw from the United States of America and create its own NEW government.

As the founding fathers of the United States of America made clear in the Declaration of Independence in 1776:

“When in the Course of human events, it becomes necessary for one people to dissolve the political bands which have connected them with another, and to assume among the powers of the earth, the separate and equal station to which the Laws of Nature and of Nature’s God entitle them, a decent respect to the opinions of mankind requires that they should declare the causes which impel them to the separation.”

“…Governments are instituted among Men, deriving their just powers from the consent of the governed, that whenever any Form of Government becomes destructive of these ends, it is the Right of the People to alter or abolish it, and institute new Government…”

Agenda 21 is here, now. Alive and well and must be stopped!